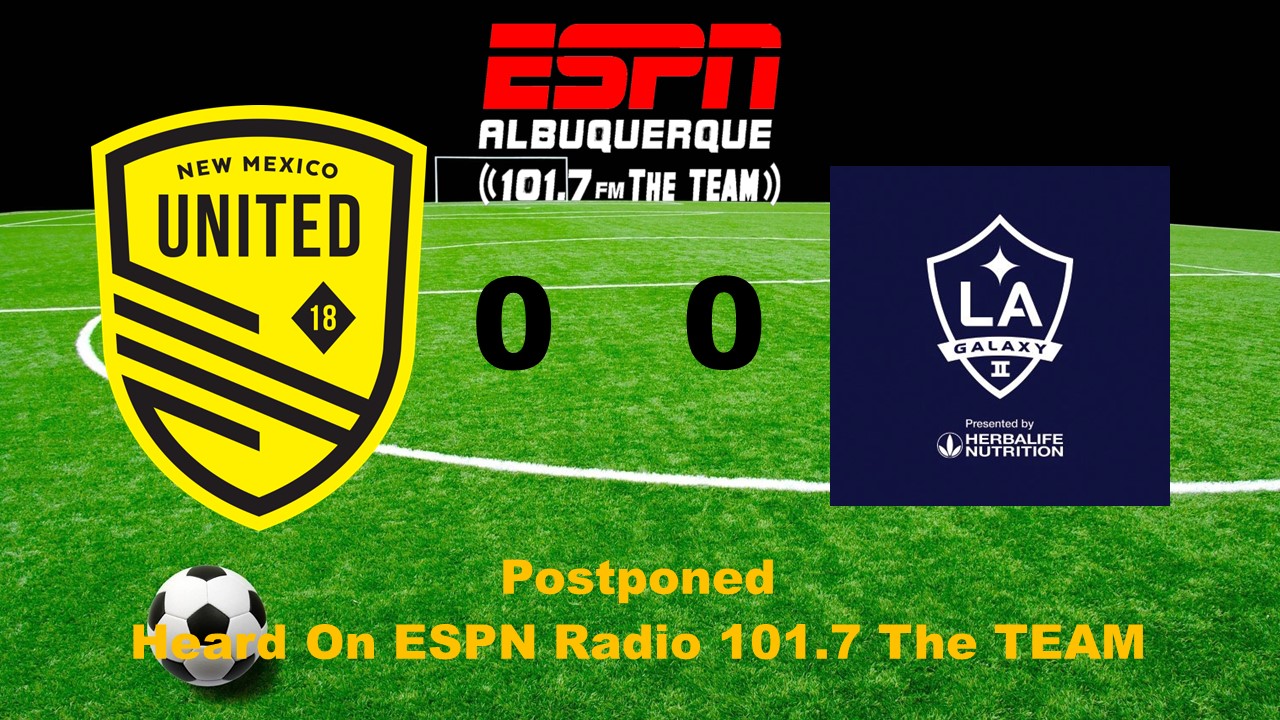 Wednesday night’s match between New Mexico United and LA Galaxy 2 had barely gotten started before the referee put a stop to it due to worsening field conditions. After being under steady rain for most of the day, the sod that lined the infield was deemed unsafe despite the club’s best efforts to patch the wettest spots.

Since the match didn’t reach sixty minutes, officials were able to call the match and declare that it was to be rescheduled. The clubs will work together to find a date that works during the final week and a half of the regular season.