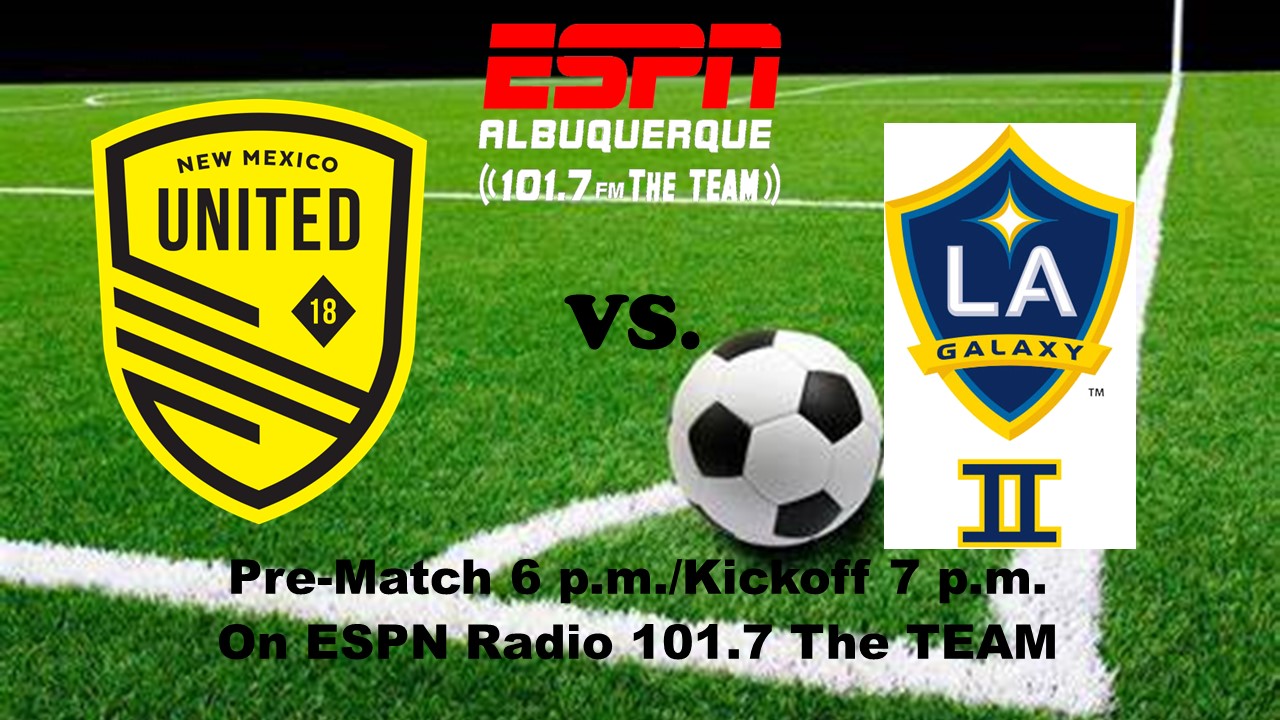 New Mexico United has three opportunities left on the calendar to secure their playoff spot. All of them are against clubs that have already qualified for the post-season or against clubs still in contention. United can’t afford to slip up with only a two-point gap to the cutoff line.

Eight clubs are in contention for three playoff spots; among them is LA Galaxy 2. Galaxy’s season has mirrored that of United in some ways. They’ve been inconsistent at times and that’s left them on the outside looking in. A late-season coaching change didn’t help the club, but they continue to do just enough to stay part of the conversation. They’ve won two of the last five, picking up victories over Monterey Bay and Sacramento.

One thing that Galaxy has going for them this season is the play of Preston Judd. No matter who has been in charge, they’ve been able to get the young forward to perform. Judd is a dynamic forward who has the ability to be the target man in the box as well as give the ball a ride from distance. Galaxy will be looking to get him into dangerous areas in an effort to pick up points on the road.

Tsubasa Endoh –  A late-season signing, Endoh made an immediate impact for the Galaxy. In his debut for the club, he notched a brace. He is an experienced player who can play out wide or serve as a second striker. His inclusion in the eighteen would give Zach Prince something else to worry about.

United’s season is hanging by a thread. While some, like FiveThirtyEight, believe that United is a shoo-in for the playoffs, their grasp is tenuous at best. With a tougher end to the season compared to some of the other clubs in the Western Conference, things could still go south. United has the ability to beat Galaxy on Wednesday by finding a way to create more chances than the visitors.

In order to do that, Prince needs to get Chris Wehan more involved. Last time out against Las Vegas, Wehan had roughly a dozen touches on the ball and a limited impact on the outcome of the match. Throughout his time with United, Wehan has been a driving force for the attack. If he and Sergio Rivas can be impactful on and off the ball, United will be able to cause issues for the defense of LA Galaxy 2.

Jerome Kiesewetter – After returning from an injury on Friday, Kiesewetter looked good on a poor pitch. With the club potentially missing Devon Sandoval and Romario Williams for a second consecutive match, the veteran could be the answer up top. Kiesewetter can draw the attention of the defenders with his hold-up play or be an option inside the area in a crucial match.

Wednesday night’s match is scheduled for 7:00 p.m. (MST) at The Lab in Albuquerque. The match will be streamed live on ESPN+ domestically and on YouTube for international viewers. Locally the match can be heard on ESPN Radio 101.7 The TEAM, via The TEAM app, and The TEAM website.