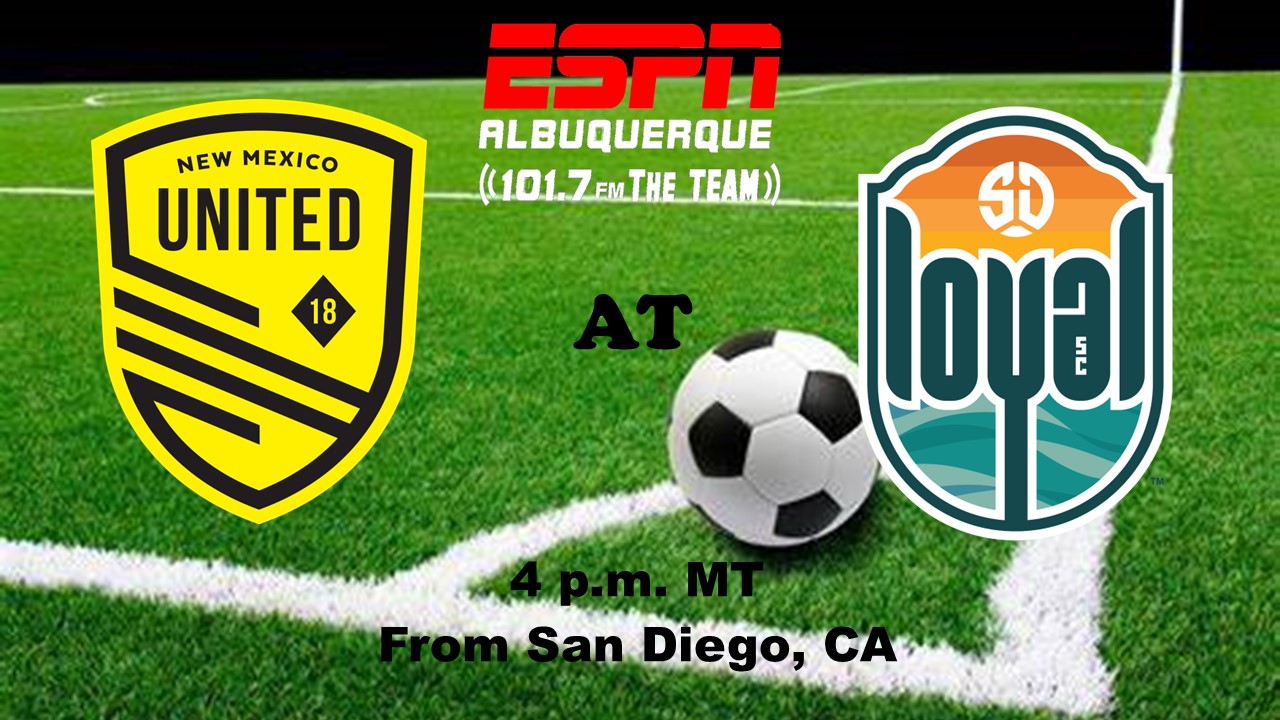 After the pitch debacle on Wednesday, New Mexico United now faces the unenviable task of playing three matches in seven days. Their goal over the final week is to pick up at least five points. They will secure a return to the playoffs if they can do so. If not, United’s season will come to a screeching halt on Saturday night.

Heading into the match against San Diego Loyal on Sunday, United finds themselves on the outside looking in after the results from the Saturday matches. Only one result came out in the favor of United, the others saw the Black & Yellow slide into eighth in the Western Conference. San Diego is locked into the second seed in the West and has nothing at stake in their final two matches. Even with that being the case, Loyal will likely want to maintain the momentum they have.

Unbeaten in three matches and rested, Loyal should have the advantage on paper. Landon Donovan’s side has recorded twelve wins at home this season and is nearly unstoppable. Kyle Vassell has been a key part of the Loyal attack and will be a focal point of the game plan on Sunday. Charlie Adams and Tumi Moshobane have been big contributors to the success in the final third, combining for fifteen assists between the pair.

Koke Vegas – The Loyal goalkeeper has been among the best in the league this season. He performed well against United during their first meeting this season and has recorded six clean sheets during the campaign. United’s struggles in the final third could be compounded against the talent netminder.

Although New Mexico United seemingly controls its own destiny in the chase for the playoffs, its margins are razor slim. In theory, they could still end up at fifty-three points, though that would require them to win out. Against clubs like San Diego, LA Galaxy, and Colorado that is a tough ask of any club. Fortunately, they only need five points to secure a place, though favorable results elsewhere will help out as well.

The biggest thing that United can do to improve its playoff hopes is figuring out how to score. After being in the top half of the league in scoring for most of the season, the droughts have lasted longer toward the end of the season. Over the last five outings, United has only found the net three times. Injuries have compounded the scoring issues that were created by a lack of creativity. Neco Brett is still out, as is Cristian Nava. Their absences have certainly been felt, but players like Chris Wehan and Sergio Rivas still have time to provide enough of a spark to get United back where they want to be.

Will Seymore – After completely shutting down Danny Trejo in Las Vegas, Seymore’s next challenge looks to be Vassell. Though Vassell doesn’t play as wide, he’s a good match up for Seymore in the defensive third. With the same effort as he showed in Vegas, Seymore could be in line for another Team of the Week nod.

Sunday’s match is scheduled to kickoff at 4:00 p.m. (MST) from San Diego. The match will be streamed live domestically on ESPN+ and internationally on YouTube. Locally the match can be heard on ESPN Radio 101.7 The TEAM, via The TEAM app, and The TEAM website.