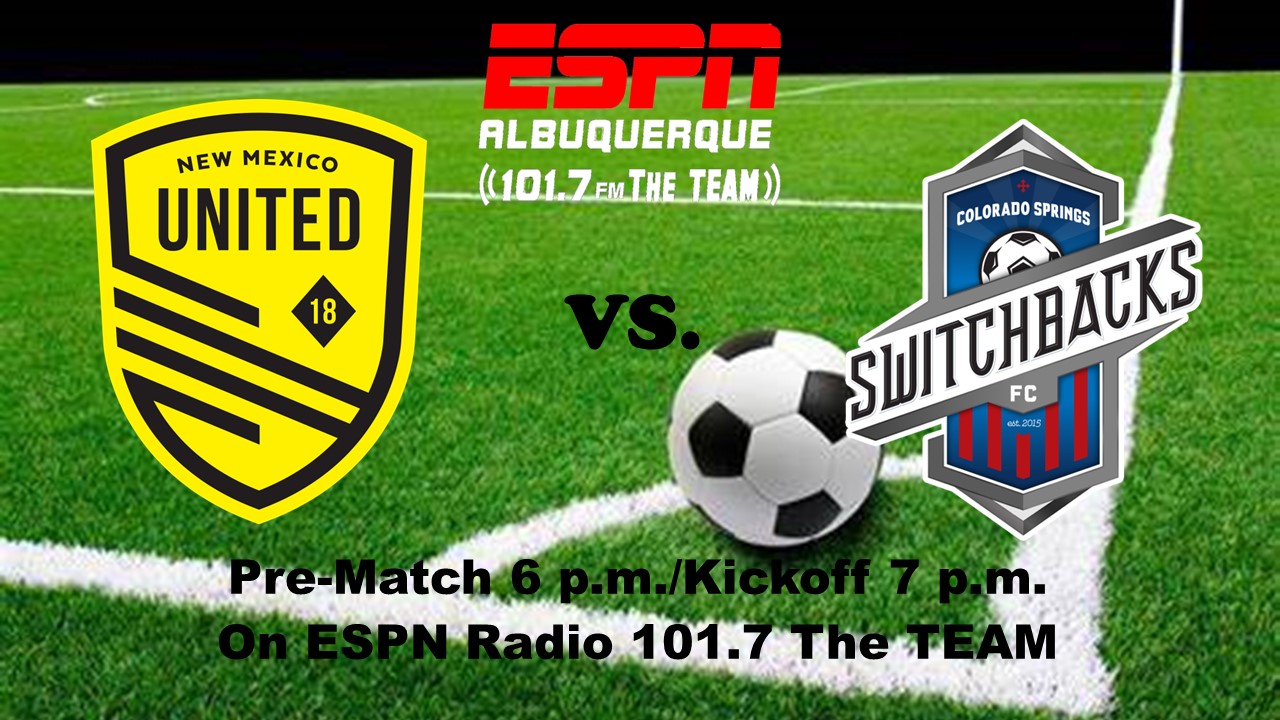 Finally the USL Championship has hit the closing weekend of the regular season.  Thirty-matches have been played by New Mexico United and only one final opponent stands between them and the playoffs. Colorado Springs Switchbacks FC have come to Albuquerque to try and keep United from sneaking into the fourth seed in the Western Conference.

While the Switchbacks don’t have anything of significance to play for on Saturday, they can play spoiler to United. Colorado has safely been locked into the three seed for a few weeks and have been trying to cope with the transfer of Hadji Barry. One of the best players in the USL over the past two seasons, Barry was transferred to the Epytian Premier League weeks before the playoffs started. His departure leaves Colorado with a giant hole up top. They do still have some options, but none seem to fill the shoes of Barry.

Michee Ngalina and Elvis Amoh are now at the head of the table for the Switchbacks and have to find a way to generate some offense. Both are proven scorers, but without Barry up top to draw some attention, they’ve had trouble doing that. Except against El Paso. With only one win in the last five outings, Colorado is looking for a boost for the opening round. Cameron Lindley is a guy who can help generate those chances, but he”ll have to deal with United’s midfield first.

Macauley King – King should be familar to the United faithful after he spent time with El Paso. While he’s not the tallest member of the Switchbacks defense, he brings a lot of skill and knowledge to this group. His familiarity with United will be beneficial to him and his squadmates on Saturday.

United’s wek has been emotional already, but it’s not done yet. They clinched a playoff berth on Wednesday and now they’re waiting to see the final seeding in the conference. By the end of the night, United can be anywhere from fourth to seventh. Their best case scenario is a win over Colorado and a loss by Sacramento. If both of those things happen, then United will get to host a playoff match for the first time ever. Any other result against Colorado and United’s fate will be determined by other clubs.

The offense has been working in their favor this week with six goals in two matches. One of the best series of matches dating back to 2021 for the club saw them leap back into the playoff discussion. Amando Moreno, Justin Portillo, and Harry Swartz each have two goals this week and are finally showing some of the dangerous play that’s been expected all season. Colorado is in the bottom half of the league in goals conceded and has been weak over recent matches. United have to vary the attacks from both the wide areas and through the middle in order to keep the Switchbacks guessing and out of shape if they want to stand a chance at three points.

Kalen Ryden – 2022 hasn’t exaclty been Ryden’s year, but the finale gives him a chance to put his leadership on display. By controlling the back line and making adjustments to the pace of Colorado, Ryden can be the key to the night. He will also have to clean up some of the mistakes he’s made at the back and not allow Colorado chances to take possession in the attacking third.

Saturday night’s match is scheduled to kickoff at 7:00 p.m. (MDT) from The Lab. The match will be streamed live on ESPN+ domestically and on YouTube internationally. Locally the match can also be heard on ESPN Radio 101.7 The TEAM, via The TEAM app, and The TEAM website.