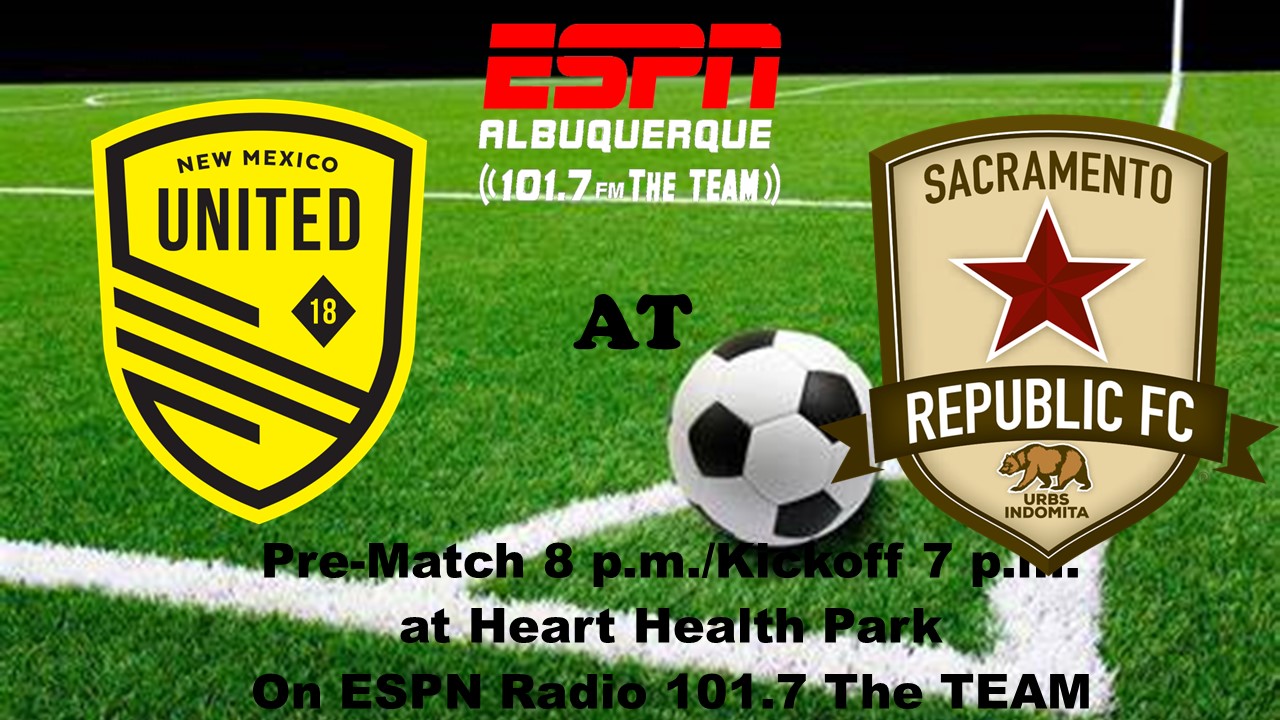 After missing the 2021 USL Championship Playoffs, New Mexico United makes their return and is headed West. For the second time in club history, they will face off against Sacramento Republic FC in the post-season.

In 2019, Devon Sandoval scored inside the first minute of the match, but United couldn’t hold onto the lead and fell 2-1 in their first-ever playoff appearance. Three years later the clubs look significantly different, though United has plenty of familiar faces. Though both clubs found their way into the playoffs, they took different paths to get there. Mark Briggs was able to navigate both the USL Championship regular season and a run to the U.S. Open Cup final well enough to keep Republic in contention until the very end.

Sacramento is talented across the board, but its biggest strength is likely its biggest weakness. Rodrigo Lopez has been a big part of his club’s success this season, but the lack of a truly selfish forward has come back to haunt them at times. There’s no doubt that when RoRo is allowed room to roam, he is at his most dangerous. The question is if he gets shut down, where does Republic turn? Their goals have come from so many different places that there is no go-to striker. If Lopez can’t get the job done, United could control the match and be the one to advance.

Douglas Martinez – Martinez is the man that may be called upon if Lopez can’t get the job done. Martinez has appeared in nearly every match this year and his efforts in the final third earned him five goals and three assists. Despite his ability, he is prone to get shut down by defenders.

United’s path to the playoffs has been full of ups and downs. At times the club was riddled with injuries and at others, they couldn’t buy a goal. In the final week though, they exploded for eight goals in three matches and managed to get everyone healthy in time for the playoffs. As a result, they head into the playoffs on a five-match unbeaten run and seem to have figured some things out.

The midfield has been more creative during this run. The wide areas have been used to much greater success. The forwards are being more selfish and attempting shots that they wouldn’t have earlier in the season. United is also widely considered the underdog for the match, which should give them a ship on their shoulder. Zack Prince has two goals for this match; one, shut down Lopez. And two, push Sacramento onto their heels. If they can do the latter, Republic doesn’t play well from behind.

Amando Moreno – Moreno has looked good in recent matches. He appears confident on the ball and doesn’t overthink his decisions. There were times in 2021 when Moreno would play himself into bad areas without any assistance around him. He hasn’t made those same mistakes in ’22 and he has reaped the rewards.

Saturday night’s playoff match will kickoff at 8 p.m. (MT) from Heart Health Park in Sacramento. The match will be streamed live on ESPN+ domestically and on YouTube for international viewers. Locally the match can be heard on ESPN Radio 101.7 The TEAM, via The TEAM app, and The TEAM website.