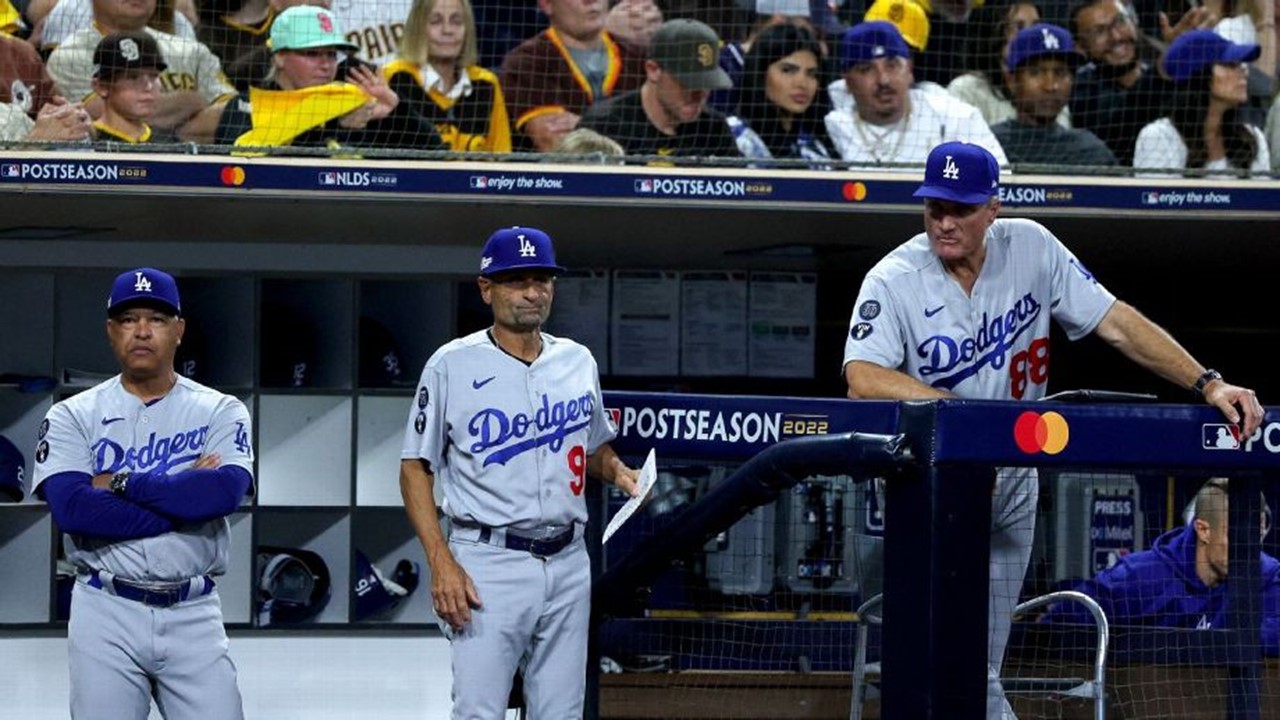 The 2022 Dodgers season will go down as a disappointment. Maybe even a failure in some eyes.

It is also a reminder that, no matter how much teams want it to be true, money can’t buy a championship.

Maybe the best regular season record in baseball. But when the league’s best teams get together in the playoffs, intangibles pay the bills.

First, in 2020, the already-payroll-heavy Dodgers bring in Mookie Betts. The marathon, Covid-shortened season ends with a World Series.

Wanting to follow that up in a full 162-game season, more reinforcements come in the form of ace pitcher Max Scherzer and all-star infielder Trea Turner. The Atlanta Braves beat LA in six games in the NLCS.

After beating the Dodgers in that NLCS on the way to a World Series, Freddie Freeman trades the Braves “A” for an “LA”.

With a few other additions and subtractions along the way, this has to work.

The San Diego Padres beat the Dodgers in four games, including a come-from-behind victory in game four to hand L.A. a first round exit.

The talent on this roster is different. The elevated level of postseason play is not.

There are plenty of ways to win a championship. No one has the answer because there is not one answer. But most, if not all, put an emphasis on intangibles: getting hot at the right time, team chemistry, timely scoring, luck and maybe even a little “team of destiny” superstition.

So what is the proverbial hump that the Dodgers can’t get over as much as the club and its fans would hope?

That is one of the big points of frustration surrounding this early postseason exit.

The Dodgers spent money. They put more emphasis into the regular season. Everyone leaned into the annual “dress up day” tradition of wearing costumes before a road trip. They even checked the boxes. Tyler Anderson had a career year. Relievers Evan Phillips, Alex Vesia and Chris Martin were unhittable at times. The Dodgers found a few hidden gems to go along with the superstars.

From the outside, it looked like the Dodgers did just about all they could to make this season different. But in the end, the postseason story was all too familiar.

In the high-leverage moments, hits don’t drop. Runs don’t score. Too many runners get left on base. The team that led all of Major League Baseball in regular season runs scored (847, 40 more than the second place Yankees) ends the NLDS in 8th out of 12 teams in that category (12).

So what is still missing?

Does the regular season need more stress so it’s not such a shock to the system in the postseason? We wrote a piece in June about the team’s poor record in extra innings. They went 6-9 in extra inning games this year.

Does the club need new voices and decision makers?

With a $263.5 million opening day payroll, and key roster decisions to make this winter, any and all questions are on the table.

Max Scherzer did not speak highly of his time as a Dodger. Some relationships, while in a better place now, did not start out that way.

When players put on that Dodger blue, they do so expecting the season to end in the Fall Classic.

When that doesn’t happen, pressure mounts. Maybe figuring out a new or different way to address that pressure is a starting point.

One way or another, the Dodgers enter the winter with far more questions than answers.